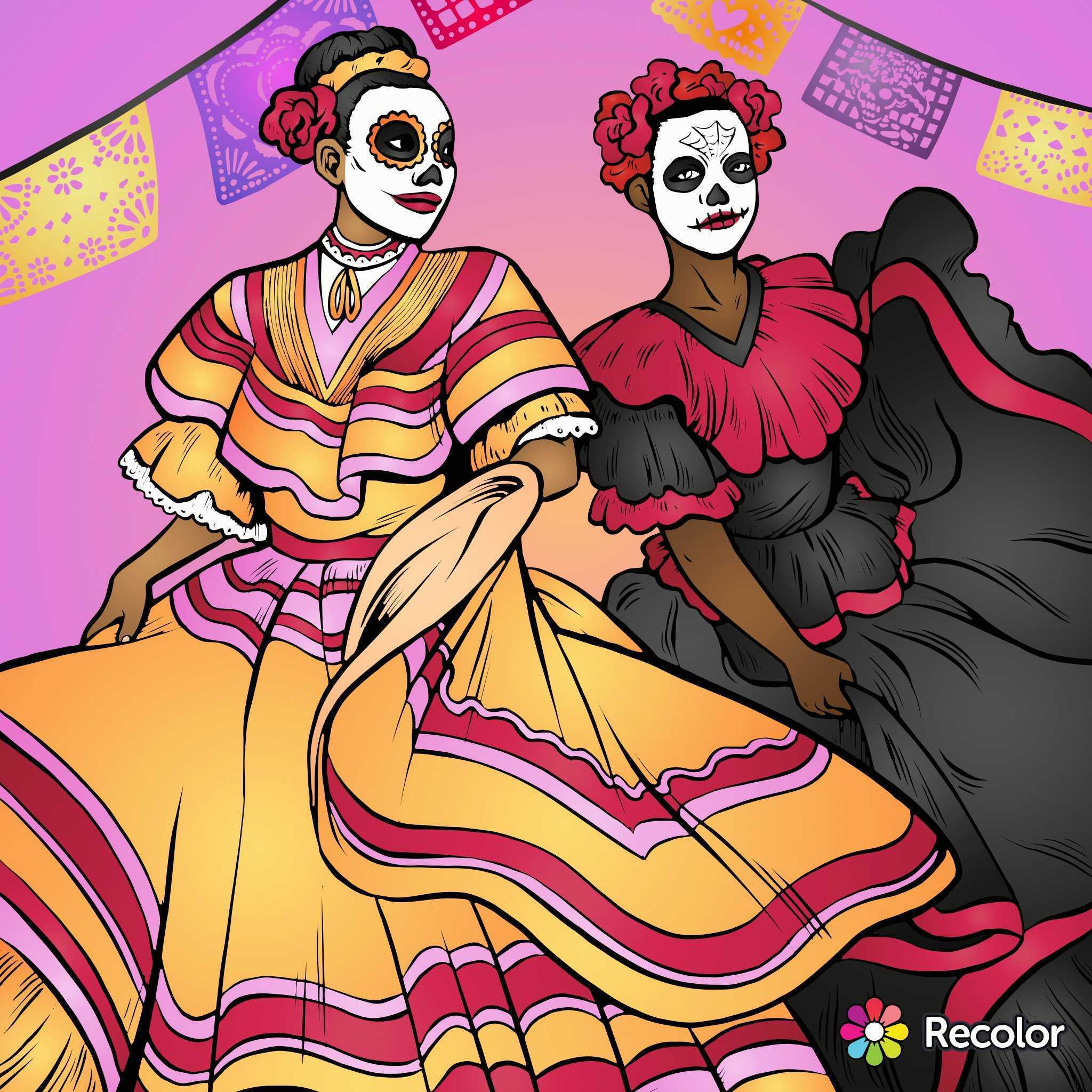 Día de los Muertos, the colorful Day of the Dead!

Día de los Muertos is a Mexican holiday that sometimes gets mixed up with Halloween - but the two are very different. Día de los Muertos (also known as Day of the Dead) is a festival that celebrates the lives of those who have passed on, with dancing, laughter, and lots of beautiful colors! The point is to be joyful, not sad or afraid, and that’s because it has its origins in ancient Aztec practices - when people thought that mourning the dead was disrespectful.

Our Day of the Dead collection went live this week, but the actual festival takes place on the 1st and 2nd of November - which are coming up fast! And if you’re not sure of how to color the pictures in our collection, well - let us tell you a little bit about the colors of Día de los Muertos!

There you go, Recolorists; now you have a starting point for coloring our Day of the Dead pictures! And keep an eye out on November 2nd - we’ll have a beautiful Daily picture drawn specially for the holiday!